Social embargo for #Venom is up. I talk about this a lot in my review but this is a movie that somehow slipped through a wormhole from 2004. That's my biggest take. It's a movie that spilled from the pre-MCU era through a crack in time and space.

#Venom really is a period piece from the early days of Super Hero films, and it’s clear they were aiming for this. I feel bad for anyone that uses this as a negative point because they’re too used to the same flavor of hero movies we have form the MCU and DCEU now.

Sorry to say that #Venom is pretty much a complete failure – a tonal mess that feels 15 years old, ignoring the storytelling strides that the superhero genre has made in recent years.

A few fun Venom-centric moments aside, it has nearly nothing to offer. Don't get your hopes up.

Tom Hardy's performance in #Venom is either Johnny Depp in the first PIRATES OF THE CARIBBEAN or Chris Klein in STREET FIGHTER: THE LEGEND OF CHUN-LI. Either way, it's not boring.

Not sure if Tom Hardy's weirdness sabotaged #Venom or saved it, but it has a self-aware cartoonishness, especially in its latter half. It's not "good," but it's better than expected. Doesn't feel like an R-rated film, am guessing the deleted 40min is just Hardy clowning around.

Significant chunks of #Venom don’t work *at all* but there is some serious charm to the Eddie/Venom relationship. Not sure I had the intended reactions to some scenes but fun is fun – even when it’s totally ridiculous, right? It’s too bad they didn’t go for the R rating though.

Tom Hardy as Eddie Brock and #Venom has some really entertaining moments. A clunky script without nuance bogs the #Venom down, preventing it from choosing between being gritty, funny, or something unique. 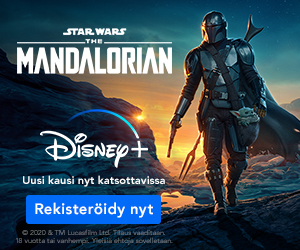